Sir Lewis Hamilton is back and declares: ‘I never said I was going to stop’

2HATNCR Sir Lewis Hamilton is made a Knight Bachelor by the Prince of Wales at Windsor Castle. Picture date: Wednesday December 15, 2021.

AFTER THE crushing disappointment of being denied the world title, Sir Lewis Hamilton has spoken for the first time.

Hamilton subsequently disappeared from social media but has now spoken about the farce in Abu Dhabi and his hopes for the campaign ahead which begins next month. 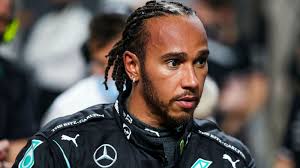 Hamilton, speaking at the launch of the 2022 Mercedes car, said: “I never ever said I was going to stop. I love doing what I do and it is such a privilege working with this large group of people. There’s no feeling quite like it.

“It was obviously a difficult time for me. It was when I needed to take a step back, focus on being present, so I had my family all around me and creating great moments. It eventually got to the point where I would be attacking again coming into another season. 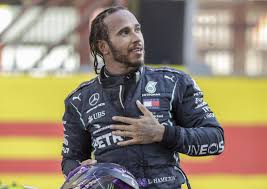 Rather than dwell on the conclusion of the 2021 season, Hamilton insisted that he wants to be “raising the bar and doing something no one has ever done before.”

Only yesterday, Michael Masi, the Formula One race director central to the end of the Abu Dhabi Grand Prix was removed.

During the final race of the 2021 campaign, Masi was under pressure from both the Mercedes and Red Bull teams to make decisions in their favour as Hamilton and Verstappen looked to land the world title. Masi’s Safety Car decisions allowed Verstappen to pass Hamilton for a controversial race and title win.

Direct communication between teams and race director has now removed.