On Wednesday, one of the world’s greatest golfers ever was inducted into the hall of fame, and his family was right beside him. 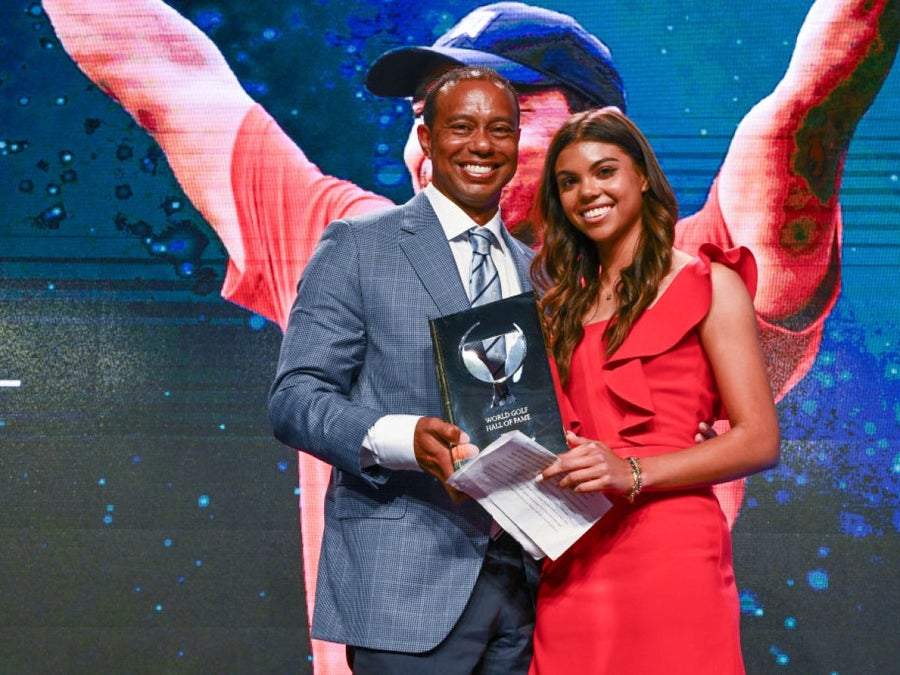 Tiger Woods, 46, celebrated the great honor with support from his mother, Kultida Woods, his girlfriend Erica Herman and his two children, Sam and Charlie, who are now 14 and 13. It was Sam who shared a speech to introduce him. It was a vulnerable one where she recounted how scared she and Charlie were after his single car wreck more than a year ago.

“We didn’t know if you’d come home with two legs or not,” she shared. “Now, you’re not only about to be inducted into the Hall of Fame, but you’re standing here on your own two feet. This is why you deserve this — because you’re a fighter. You’ve defied the odds every time, being the first Black and Asian golfer to win a major, being able to win your fifth Masters after multiple back surgeries, and being able to walk just a few months after your crash.”

Sam and Charlie are Tiger’s children from his marriage to Elin Nordegren. He’s clearly very close with both. Tiger has played alongside his son in the PNC Championship the last couple of years, including last December. When in conversation with Jada Pinkett Smith as part of a series with Golf Digest — A Round With Tiger — he talked about his connection with both. For son Charlie, he didn’t want him to feel the pressure to follow in his footsteps. 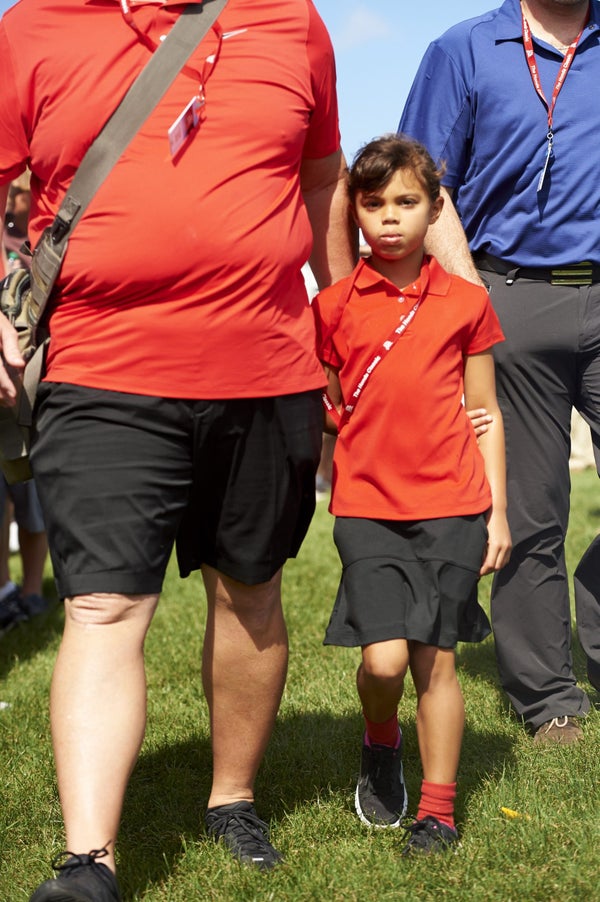 “I just don’t want him to fall onto that trap. I get emotional about it,” he said. “Some of my best memories are being out there with my dad.”

He also spoke about his love of being a #GirlDad. He beamed while talking about Sam. “That’s daddy’s little girl,” he said. “She has taught me how to be more patient — but I never want her to leave home. My little girl.”

This explains why he teared up during his hall of fame speech. So sweet!

It feels like just yesterday they were both little kids watching him play, and now they’re in junior high and teens. Check out some images of them as little troopers and how they’ve grown up — even if you missed the memo that they did.