The latest positive update from Roger Federer about his recovery from a knee operation has fans excited about seeing the tennis legend in action again. He hasn’t played a competitive match since Wimbledon last year, and a full year will have passed by the time the Swiss has a chance of returning to the court again.

He chose to undergo knee surgery after being knocked out of the tournament in SW19 by Hubert Hurkacz – his third such operation in 18 months. Federer hopes that, by doing so, he will be able to prolong his trophy-laden career. 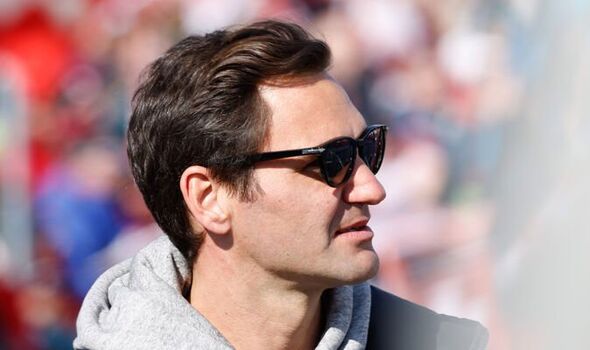 The 20-time Grand Slam champion has been offering little updates for fans throughout his recovery, the most recent of which was the most promising yet. He revealed that the racket is back in his hand and he is hitting balls again.

In the footage, posted to his Instagram account, Federer is seen hitting powerful groundstrokes. He is clearly seen to be avoiding moving too much to put unnecessary stress on that knee, but it is still a very positive step in his rehabilitation.

Despite that, though, it is still set to be a long time until the Grand Slam legend is back on a court again. The next major championship is the French Open, set to begin in two months’ time, but that will come much too early for the 40-year-old. So when will Federer finally be back in action?

It would be somewhat fitting for the man from Basel to make his grand return at the very same tournament where he was last seen. However, the June-July Grand Slam at the All England Club could come too soon for Federer, along with the rest of the grass court season.

“At the moment, I don’t envisage him playing Wimbledon,” said his coach Severin Luthi earlier this month. “I’m not someone who is saying it’s impossible. But I can’t imagine it right now. He’s still in the rehabilitation phase. Not only do the knee and leg muscles have to be built up, the whole body has to be strengthened. It’s a full conditioning program.”

Tiger Woods Is a Father of 2: Meet His Kids With Ex-Wife Elin Nordegren