As Tiger Woods prepares to make his return to competitive golf at the 2022 Masters, chances are he’ll have one key part of his support system close by his side. 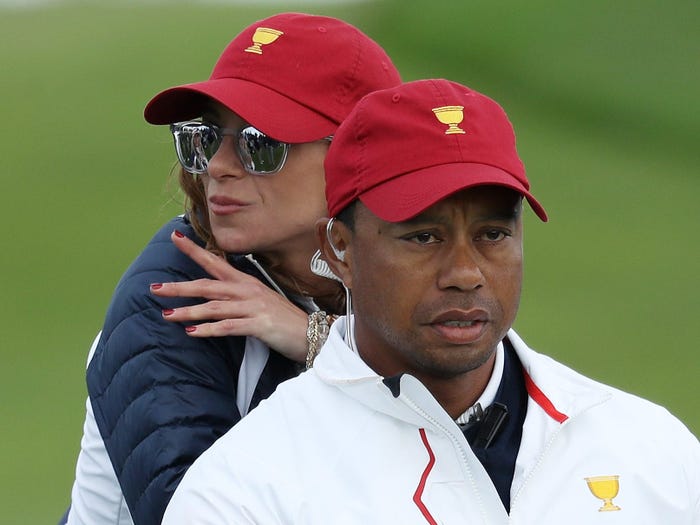 Erica Herman, Woods’ girlfriend, has become a steady presence in the life of the greatest golfer to ever play the game. While the two keep their relationship relatively private, Woods has relied on Herman in some of the tough times he has experienced over the past few years, as well as shared his highest moments.

Herman and Woods’ relationship became public in 2017, when she appeared with Woods at the Presidents Cup, where Woods was serving as an assistant captain for Team USA. Herman had worked as the general manager at Woods’ restaurant in Jupiter, Florida.

In the five years since they were first photographed together publicly, Herman has been through a lot with Woods.

When Woods won the 2018 TOUR Championship — his first competitive win after multiple back surgeries put the future of his career into question — Herman was one of the first people that embraced him.

A year later, Herman was standing just off the 18th green at Augusta National with the rest of his family on Sunday, as Woods sunk the final putt of the tournament to win his fifth green jacket.

But it hasn’t all been easy for Woods and Herman. After Woods’ car accident in February 2021, Herman helped Woods with his recovery.

“There was a point in time when, I wouldn’t say it was 50/50, but it was damn near there, if I was going to walk out of that hospital with one leg,” Woods told Golf Digest in his first interview after the accident. “Once I [kept it], I wanted to test and see if I still had my hands. So even in the hospital, I would have [girlfriend] Erica [Herman] and [friend] Rob [McNamara] throw me something. Throw me anything.”

Since then, Woods has been on the road to recovery. What began with photos of Woods on crutches but in good spirits gave way to swing videos, and eventually, semi-competitive golf.

Woods’ first event back was technically the PNC Championship — an exhibition of sorts where some of the best players in the world tee it up with a family member. Woods played alongside his son, Charlie. Walking the course to support them was Herman, along with Charlie’s sister, Sam, and their mother and Woods’ ex-wife, Elin Nordegren.