Why is Phil Mickelson not playing The Masters? Reason golfer won’t play at Augusta after Saudi Arabia comments

Phil Mickelson will not feature at the 2022 Masters and here is why. 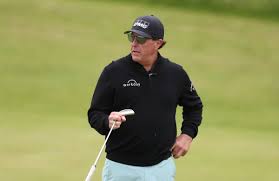 The Golf Masters tournament has commenced in Augusta, Georgia, and will see four days of competing before the green jacket is awarded to the tournament’s winner on Sunday 10 April 2022.

The Masters is one of four major championships in professional golf, and, as such, one of the most prestigious tournaments in which to compete.

Coming into the tournament, the big news was the grand return of Tiger Woods. Until just a few days ago, it was unknown as to whether the five-time winner of the Masters would be able to attend the Augusta Golf Course after suffering from serious injuries in a car crash 14 months ago.

However, the great icon of golf has returned and will hope to make it to a sixth win. 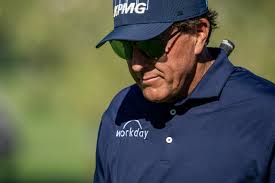 The presence of Woods has not managed to conceal the other notable omission for this year’s tournament. Three-time Masters Champion Phil Mickelson is not in attendance at the tournament after he announced in February that he would be taking time away from the game.

In his apology, he then said he would be taking  a break from golf to ‘work on becoming the man I want to be’.

What did Phil Mickelson say?

In a phone interview with the author Alan Shipnuck – who was writing an unauthorised biography of the American golfer – Mickelson is reported to have said the Saudis were ‘scary mother ****ers to get involved with”.

His comments were then posted to the website Fire Pit Collective.

In addition, Mickelson said: “They execute people over there for being gay. Knowing all of this, why would I even consider it? Because this is a once-in-a- lifetime opportunity to reshape how the PGA Tour operates.”

What did Mickelson say in response? 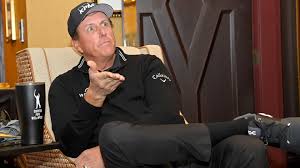 Mickelson’s management released a statement where the golfer said: “It was reckless, I offended people, and I am deeply sorry for my choice of words. I’m beyond disappointed and will make every effort to self-reflect from this.

“I have made a lot of mistakes in my life and many have been shared with the public. The past 10 years I have felt the pressure and stress slowly affecting me at a deeper level.

“I know I have not been my best and desperately need some time away to prioritise the ones I love most and work on being the man I want to be.”